The New York Times led the way with five awards — more than what it took home in Los Angeles last year. The Texas Tribune claimed three awards — one more than last year — including one for general excellence in the small newsroom category.

“At the end of the day, it’s all about great stories and being able to tell stories that are meaningful and have consequence,” said Kinsey Wilson, the Times’ editor for innovation and strategy. “It all comes back to story at the end of the day. That’s what gets you up every day and keeps you going.”

Jaroslovsky, ONA’s founder and the only 17-year conference attendee, said Buttry, director of student media at Louisiana State University, was recognized for his “guts” in pushing the boundaries of digital journalism.

“My pancreas isn’t doing so well, but my heart is filled with gratitude,” said Buttry, who’s battling his third bout of cancer. “I’m not worthy of this, but I’m not giving it back, and I’ll continue trying to be worthy.”

Diab, a Cairo-based Syrian-American photographer, was the second recipient of the Foley Award for her evocative imagery of conflicts around the world.

“To have anyone take notice and to be touched, to make someone think and evoke emotion, to move someone sitting in their home in the U.S. to care about someone stranded in the Balkans … that gives me resolve to continue,” Diab said.

“It’s very important to remember, though, that our Sunday front–page story is another’s everyday reality.”

Smaller newsrooms received awards, too. Honolulu Civil Beat won for its feature on a homeless camp in Waianae, and St. Louis Public Radio was recognized in the planned news category for “One Year in Ferguson.”

“It’s so important to me not to forget why pieces of journalism like this exist in the first place — to create spaces where the dialogue can intersect and everyone can understand each other better,” said Kelsey Proud, who was St. Louis Public Radio’s digital innovation editor when it published the project.

The award that honored the most journalists was the Al Neuharth Innovation in Investigative Journalism Award, which was given to the more than 370 journalists who worked on the Panama Papers project.

“Sometimes we think about media in crisis, but a big collaboration and the amount of journalists who were part of this showed us that there are other ways,” said Emilia Díaz-Struck, research editor of the International Consortium of Investigative Journalists. “With great investigative journalists that work together across borders, you can actually have stories with global impact that can make a change.”

Gannett Foundation Award for Technical Innovation in the Service of Digital Journalism
Nearby Tipping, Breaking News

Explanatory Reporting, Medium
The Price of Admission, The Texas Tribune and REVEAL, from the Center for Investigative Reporting

Topical Reporting, Large (tie)
Missing and Murdered, The Globe and Mail
The County, The Guardian US

Online Commentary
A Conversation on Race, The New York Times

Feature, Small
The Harbor: This Waianae Homeless Camp Is Not What You’d Expect, Honolulu Civil Beat

Pro-Am Student Award
Out of the Shadows, UBC Graduate School of Journalism

The University of Florida Award for Investigative Data Journalism, Small/Medium
The Drone Papers, The Intercept

The University of Florida Award for Investigative Data Journalism, Large
Focus on Force: An Investigation In Use of Force by the Orlando Police Department, Orlando Sentinel 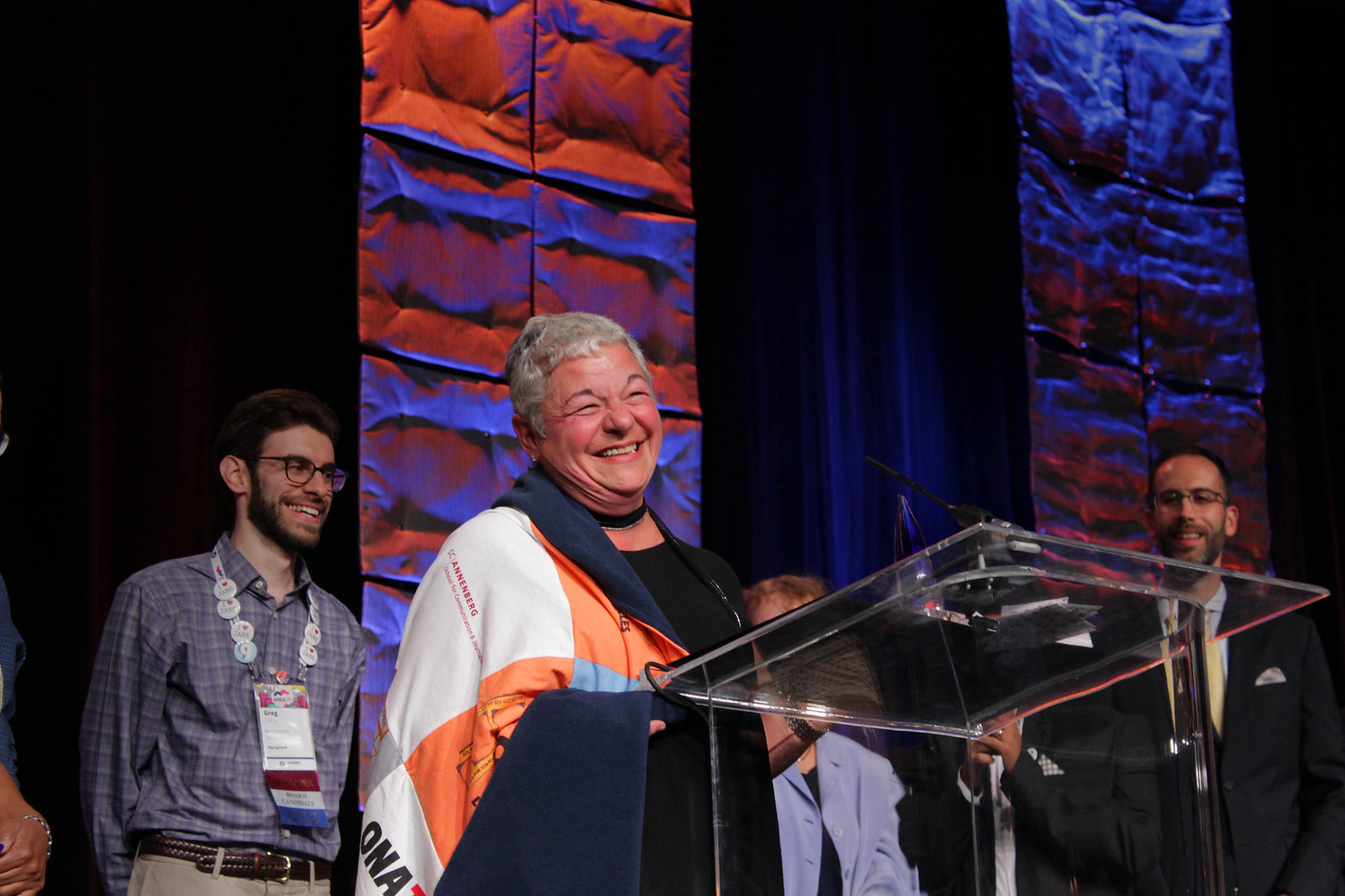 Correction: This story originally misstated how many awards The New York Times received.